The Powell or The Trump Put? 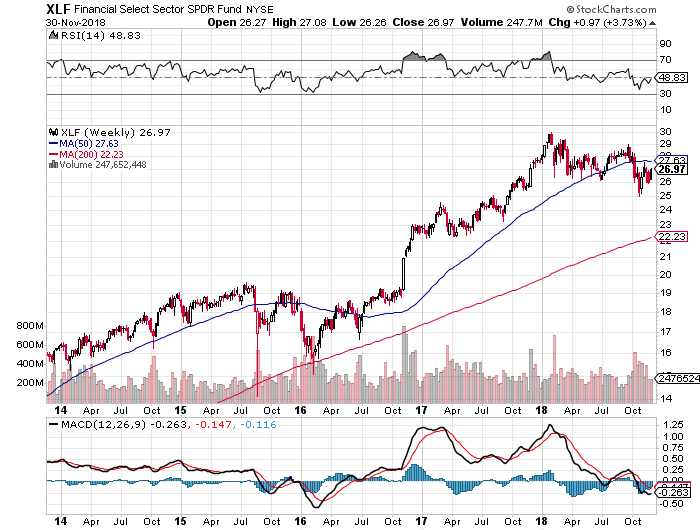 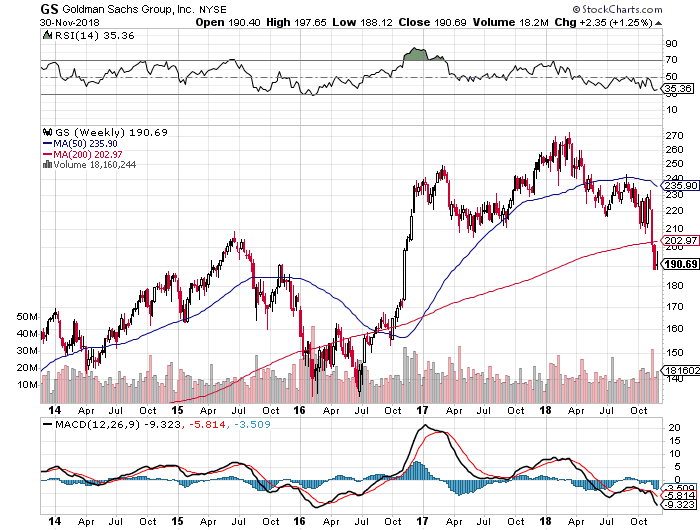 Had lunch with two friends of mine today and one said "I think Goldman is going under." I replied: "No chance. Zero, zilch. This feels a lot like JP Morgan's London Whale scandal and I ended up buying those shares at $35 and sold them at $70."In fact, on StockTwits today, I recommended buying out-of-the-money calls on Goldman's shares at these levels and hedging that with some puts (2 to 1 call/put ratio).I realize that chart is bearish and signals more downside ahead, but either Goldman leads the rest of the banks or something is way off and the premium other banks are receiving here is ridiculous.What about Malaysia? What about it? Goldman will pay a fine and move on. Trump will call the Malaysian Prime Minister and tell him: "That's it. Lay off Goldman."People have this irrational hatred toward Goldman. They need to relax, it's a great bank with a boat load of smart people printing money. I'm sure their traders are thriving in these volatile markets.Anyway, back to the G20 and the Trump - Xi dinner. I'd be surprised if there is a major positive announcement, however, Trump has shown his cards, he tracks the stock market very closely .If Powell is now on the fence, it's up to Trump to do something on trade to ease fears in the stock market. He might say there will be no new tariffs on China as the US continues to negotiate trade with that country and that might be enough to lift Chinese and US shares higher.Interestingly, on Friday, I noticed iShares China Large Cap ETF ( ( FXI[ARCA] - $42.00 0.65 (1.52%) ) ) and the Kraneshares China Internet ETF ( ( KWEB[ARCA] - $43.43 1.48 (3.30%) ) ) were both up big on expectations some good news will come out of the G20.Both these ETFs have bounced but remain very weak (click on images): 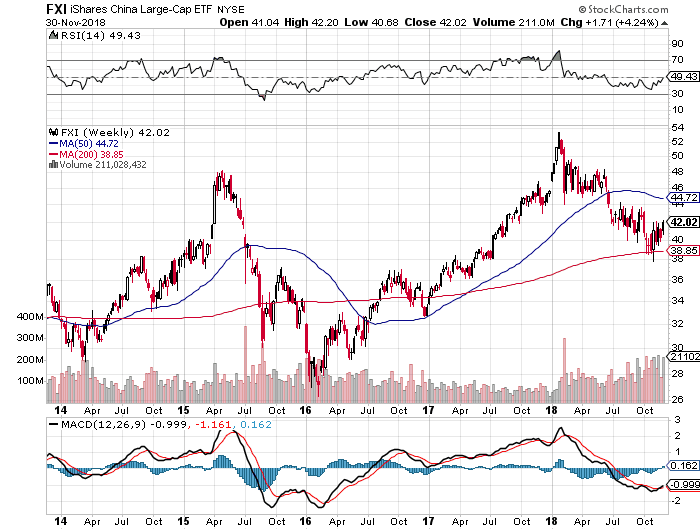 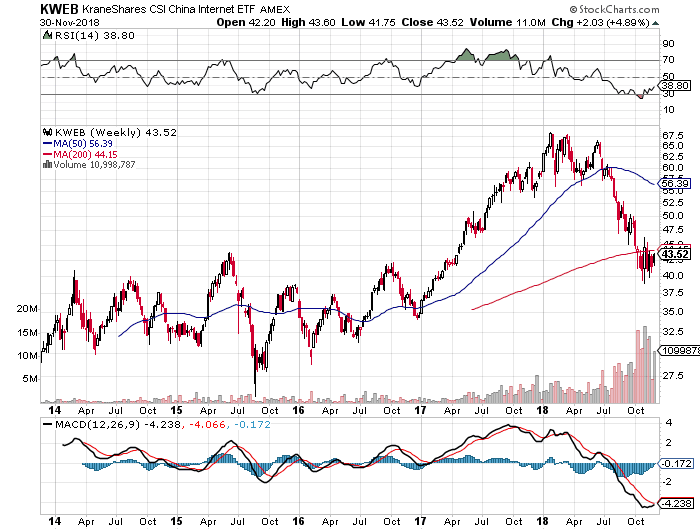 If you believe China is turning the corner, you should be loading up on these ETFs, especially KWEB. I remain skeptical as China just reported its weakest factory growth in over two years on eve of US trade talks , but I remain open-minded and I'm tracking these ETFs very closely.Below, Lori Calvasina, RBC Capital Markets head of US Equity Strategy, and Bruce Bittles, Baird chief investment strategist, discuss markets ahead of the G-20 summit in Buenos Aires.Second, Neel Kashkari, Minneapolis Fed President, joins 'Squawk Box' to discuss the state of the labor market, neutral rates and the chance of a recession.Third, Gluskin Sheff’s David Rosenberg believes a liquidity squeeze could hit stocks hard next year, stating people are ignoring the 'elephant in the room' . Very interesting comments, listen carefully to Rosie's comments.Lastly, investors are piling into boring defensive stocks like P&G ( ( PG[NYE] - $93.31 0.01 (0.01%) Trade ) ) as 2018 comes to an end. While the rest of the market struggles to get back up to record highs, consumer staples stocks like Church & Dwight and Hormel have quietly rallied to new highs. Mark Newton of Newton Advisors and Erin Gibbs of S&P Global Market Intelligence discuss whether their rally can continue. DISCLOSURE : The views and opinions expressed in this article are those of the authors, and do not represent the views of equities.com . Readers should not consider statements made by the author as formal recommendations and should consult their financial advisor before making any investment decisions. To read our full disclosure, please go to: http://www.equities.com/disclaimer